How do I save a scene or preset?

To save a current play session as a Scene in the DTS Play-Fi app so that it may easily recalled later, just start playback from any source as normal.

Once playing all you have to do is tap the Save Preset button either on the Now Playing or Play-Fi Control screen, which we've indicated in the shots below: 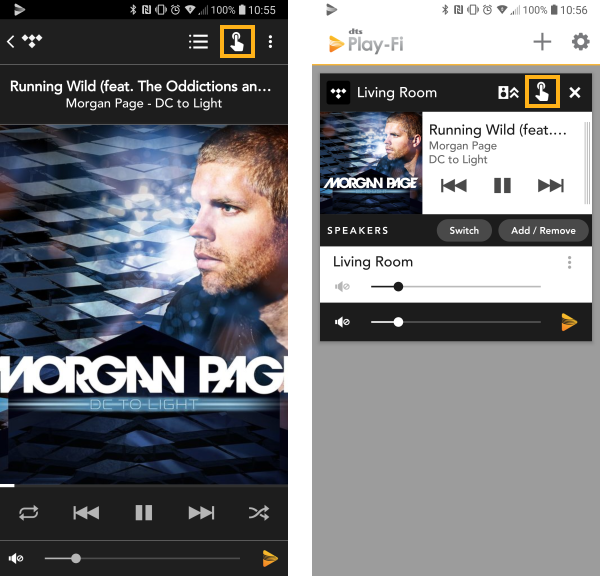 It's now saved. You can can save an unlimited number of different presets to the app, and in various different configurations.

To save a station or playlist to one of the numerical hardware buttons or indicators on your Play-Fi product so that it may be easily recalled later, simply start streaming to the Play-Fi product with preset buttons from the compatible service of choice, as normal.

Now that it’s playing, simply go over to the Play-Fi product, and press and hold the desired preset button for 5 seconds or until you see a positive light indication on the product.

Your station or playlist is now saved. If there was something else saved to this button previously, it will be overwritten by what is currently playing.