Can I stream Spotify in multiple rooms? 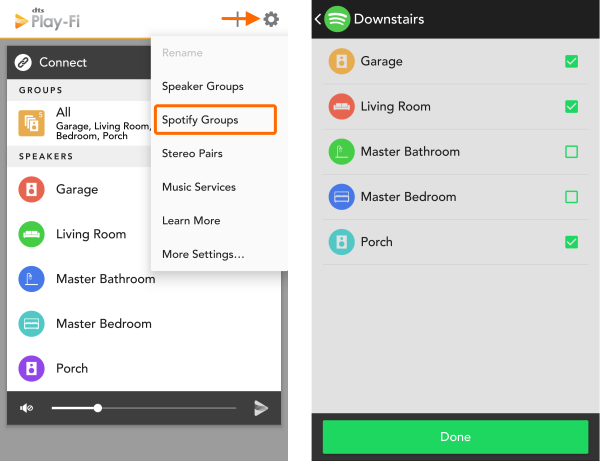 From the Play-Fi Control screen of the Play-Fi app (left), tap the Settings button to open the pop-up menu, and select Spotify Groups, which we’ve circled here. This option allows you to edit or create Spotify Groups. After you've elected to create a new group and given it a name (we called ours "Downstairs" in the example) you can then pick from any of your Play-Fi products to be added to this group (right). Any speakers that can't be joined in a Spotify Group will be greyed out. Once you’re satisfied, head to the Spotify app to start streaming.

If you want control the volume of individual Play-Fi products within the Spotify Group after you’ve started your stream, head back to the Play-Fi app, and your Spotify Group will automatically populate a module on the Play-Fi Control screen.